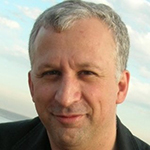 David Banisar is a Senior Legal Counsel at ARTICLE 19. He has worked in the field of information policy for over 20 years and was previously Director of the Freedom of Information Project at Privacy International. He has authored books, studies, and articles on freedom of information, freedom of expression, media policy, whistleblowing, communications security, and privacy. He has also served as an advisor and consultant to numerous organizations, including the Council of Europe, the Organisation for Security and Co-operation in Europe, the UN Development Programme, and the Open Society Institute.

Quinn McKew is the Deputy Executive Director of ARTICLE 19, an international freedom of expression and information NGO. Quinn leads ARTICLE 19’s global programs on ICTs, protection of human rights defenders and the campaignÂ to incorporate transparency and good governance in the Post-2015 Development Agenda.  She is responsible for global operations and governance at ARTICLE 19 including the integration of the 8 regional offices and 50+ regional partner organisations. Prior to joining ARTICLE 19, she worked for the largest non-profit management consultancy in Europe and was a campaign manager for leading environmental organisations in the United States.  McKew has a Masters of Business Administration from Georgetown University focusing on global non-profit management and a BA in International Relations and the Environment from Stanford University. 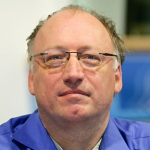 Felix Dodds is an Adjunct Professor at the Water Institute at the University of North Carolina at Chapel Hill and is an Associate Fellow at the Tellus Institute. He was the co-director of the 2014 and 2018 Nexus Conference on Water, Food, Energy and Climate.

Dodds has written or edited, twenty books. The Vienna Cafe Trilogy covers sustainable development at the global level since the 1960’s. It starts with Only One Earth: The Long Road via Rio to Sustainable Development he wrote with Maurice Strong and Michael Strauss.  After Rio+20 with Jorge Laguna Celis and Elizabeth Thompson, he wrote From Rio+20 to a New Development Agenda Building a Bridge to a Sustainable Future and The Plain Language Guide to Rio+20. Like all good trilogies book, 4 is already out and is Negotiating the Sustainable Development Goals: A transformational agenda for an insecure world with Ambassador David Donoghue and Jimena Leiva Roesch.

His most recent book is Stakeholder Democracy: Represented Democracy in a Time of Fear

He is also an International Ambassador for the City of Bonn.