The coordinators of the Friends of Governance for Sustainable Development are from the governments of Germany, Nigeria, Morocco, the Republic of Korea and Romania 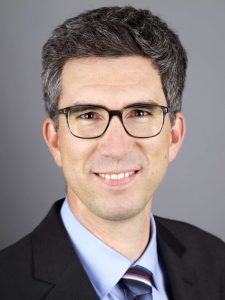 Ulrich Nicklas is Counsellor at the Permanent Mission of Germany to the United Nations. In this capacity he works on sustainable development issues, especially the 2030 Agenda and the HLPF, as well as on topics related to water management, urbanization and sustainable consumption and production.
Before this assignment he worked at the German Ministry for the Environment, Nature Conservation and Nuclear Safety in various functions. He was lead coordinator of Germany´s contribution to the negotiations of the UN Conference on Sustainable Development in 2012 (Rio+20), the Open Working Group on SDGs and the UN Sustainable Development Summit 2015. In the field of bilateral cooperation he dealt with environmental partnerships in developing and newly industrialized countries, especially in south-east Asia. As focal point of Germany`s National Programme on Sustainable Consumption he coordinated its implementation within the German government as well as with various stakeholders.
Prior to that, he worked for the German International Cooperation (GIZ) in the context of the UN Convention to Combat Desertification (UNCCD) and was scientific coordinator of an international research project about the impacts of climate change on the water resources in the Middle East. 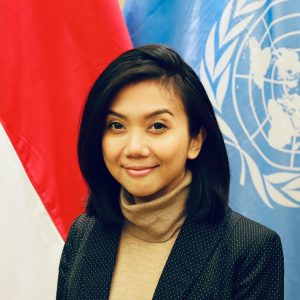 Yvonne Mewengkang,  serves as Counsellor at the Permanent Mission of the Republic of Indonesia to the United Nations in New York. She works on Second Committee issues, including the 2030 Agenda for Sustainable Development, with focus on the Science, Technology and Innovation as well as Creative Economy for Sustainable Development, ECOSOC Coordination, and Economic related issues.
In 2019-2020, Yvonne was in the Security Council Team of the Indonesian Mission during Indonesia’s term as the Non-Permanent Member of the Security Council, with portfolios on several Middle East issues.
Prior to New York, she was the Deputy Director of Asia-Pacific and African Intra and Inter-regional Cooperation at the Indonesian Foreign Ministry in Jakarta, after being tasked with peacekeeping issues at the Directorate of International Security and Disarmament.
Yvonne also served as Second Secretary at the Indonesian Mission in New York during her first assignment in 2013-2016, of which she was responsible for the peacekeeping and peacebuilding portfolios. 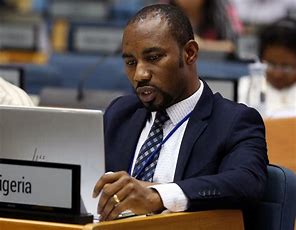 Prior to that, he was First Secretary (Political, Education, and Cultural Affairs), Embassy of Nigeria, Cairo, Egypt and Head of Chancery and Charge d’Affaires (a.i.) within the Embassy. He also was  Human Rights Desk Officer, Second United Nations Division, International Organisations Department, Ministry of Foreign Affairs, Nigeria and in that position  attended the 29th, 31st, 30th, 32nd, 34th, 33rd, sessions of the United Nations Human Rights Council in Geneva. 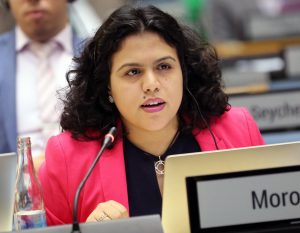 Meriem El Hilali is a Diplomatic Counsellor at the Permanent Mission of Morocco to the United Nations in New York. She works closely on 2nd Committee topics with a special focus on the 2030 Agenda for sustainable development, Climate & Environment Action, South-South Cooperation, and Economic related topics.

Before moving to New York, Meriem worked at the Secretariat of the Union for the Mediterranean (UfM) with the objective to advance the regional euro Meditteranean agenda of cooperation while developing regional initiatives and projects for the socio-economic integration between both shores of the Mediterranean. Her experience at the UfM was a key step to engage with the region’s most urgent needs especially the human/development dimensions and their social and economic triggers. During her works on euro Mediterranean cooperation, Meriem has always given particular attention to cooperation schemes that provide youth & women with a stronger role in society, paving the way for youth empowerment and gender equality.

Meriem had also worked as Vice Consul in Strasbourg on cooperation between the Kingdom of Morocco and the Council of Europe, Europe’s leading human rights organization. This institution which is responsible for promoting human rights, democracy and the rule of law among its 47 member States has developed a strong Partnership with Morocco, as a  neighboring country in the fields of democracy and local governance.

Meriem is currently a PHD research scholar in Science-Po Strasbourg and a laureate from the Moroccan Academy of Diplomatic Studies. She has obtained a Master in Management Sciences & business administration from Hassan 1st University (Morocco) and she is an alumna of St Antony’s College MENA program (Oxford University).
Prior to joining the Moroccan Diplomatic Corps, Meriem founded and represented several networks of youth active in the fields of entrepreneurship and social innovation, civic engagement and public policy analysis.

Sungjun Kim, is currently First Secretary working within the Permanent Mission of Republic of Korea to the UN.   He represents the Republic of Korea at the Economic and Financial Committee (Second Committee) of the United Nations General Assembly and the Economic and Social Council (ECOSOC)
– Negotiated UN resolutions, including debt sustainability aimed at extending around $5 billion worth of bilateral debt service suspension to low-income countries.
– Led efforts to develop UN policy recommendations to mobilize private finance for the Sustainable Development Goals (SDGs) such as aligning investments of development banks with the SDGs and the Paris Agreement. 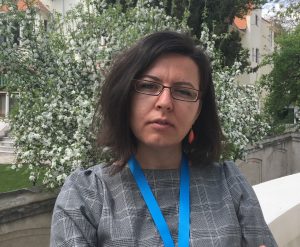 Andreea Mocanu joined the Permanent Mission of Romania to the United Nations in early 2022, closely following the work of the Second Committee and various topics related to sustainable development field.

Prior to that, Andreea Mocanu was Chief of staff of the State Secretary dealing with Multilateral and Global Affairs within the Romanian Ministry of Foreign Affairs.

Andreea has a strong background in negotiation, coordination and cooperation with international partners as she was part of the team that negotiated in 2016 the adoption of the non-legally binding definition of antisemitism by the International Holocaust Remembrance Alliance (IHRA) when the organization was chaired by Romania. As junior diplomat, she was part of the Romanian Chair’s team of the Second Preparatory Committee for the 2015 Review Conference of the Parties to the Treaty on the Non-Proliferation of Nuclear Weapons.

She joined the Romanian diplomatic service in 2008 and has been posted to Madrid and Tel Aviv.

Andreea holds a MA in Security Studies from the University of Bucharest (Romania, 2009), a BA in Politics from Nottingham Trent University (UK, 2006) and a BA in International Relations from Babeș-Bolyai University in Cluj Napoca (Romania, 2007).